We went camping for my 31st birthday and had a great time! If you click on the image to see it full size, then zoom in, you can actually see the craters on its surface. 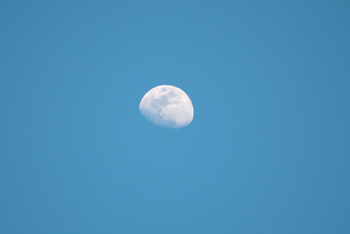 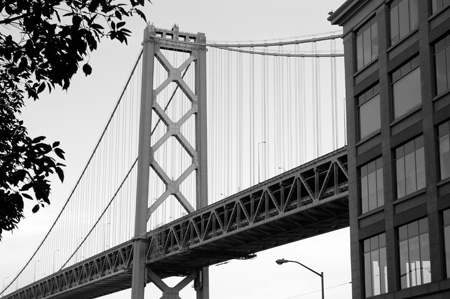 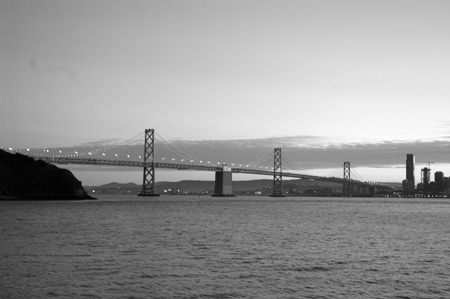 I spent a little time today scanning some photos that mom gave me a few years ago. I didn’t get all of the scanned that I had planned to. It’s way to nice outside to be doing this! I’ll add more later when I finish with them. See all the photos on my picasa page.

We went to the all-new Walnut Creek Farmer’s Market this morning. It was moved from Broadway to Civic due to a renovation of the public library near the old site. It has a much better feel to it being in the center of downtown in the street, as compared with a parking lot on the edge of town. After our hike, we took the dogs to Briones for an afternoon hike. Of course the weather was perfect, the dogs were behaving great and I let them off leash. Oscar runs ahead of me and rolls in cow sh*t again. I guess he just loves that stuff so much he wants it dripping from his ears. Now he smells like his new Lavender soap.
Here is a picture of the California Poppy, which is also the official state flower: Our lawn has actually been in for a few weeks, but this morning I finished the installation of the sprinklers and timer. We had a house-warming party last night, and about 12 people showed up. It was pretty fun! We drank a lot of wine and beer and had tons of great food. This weekend we’re enjoying the sunshine and warm weather.