Buddipole finally released a mini version of their adjustable shockcord whip, and today I got to test it with Wayne KD0VPR and his recently finished Bit20X transceiver. We made one contact from CO to NH but conditions were tough with a contest going on. 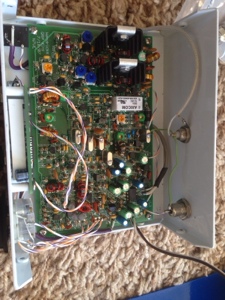 We had the Buddipole set up as a vertical, with 4 of the 11″ arms and the 9 section whip fully extended. We only needed 1.5 turns on the coil to make up for the slightly short 1/4 wave. Two opposing elevated radial wires were about 17′ each and dropped from the versatee at 8′ to about 2′ above ground at the ends. We made two more contacts, both to NH, from the same setup but 100w and an FT-450. 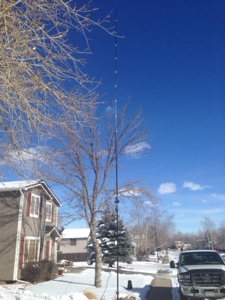 For anyone considering an adjustable whip, I would recommend this over the longer version, unless you go up to the 32″ one. The pricing needs to be updated for the 24″ version as it costs more right now than the 11″ version!