It was great to get up for a snowshoe to Zimmerman Lake! This is an easy, year-round trail of the Poudre Canyon Highway (Colorado 14). With all the recent snow, the trail was only packed up to the lake. I had fun blazing trail for about 1/2 a mile! Since it was a weekday and the roads were still a bit slick, there weren’t too many others up there. I really enjoyed the quiet of the mountains, and the clear, blue skies.

I had a little 5/4 walnut left over from another project and was looking for a project for the family white elephant gift exchange. Growing up, we always had a maple pig cutting board (I think my mom still has it!). I searched the Internet for some template inspirations then drew this guy out. 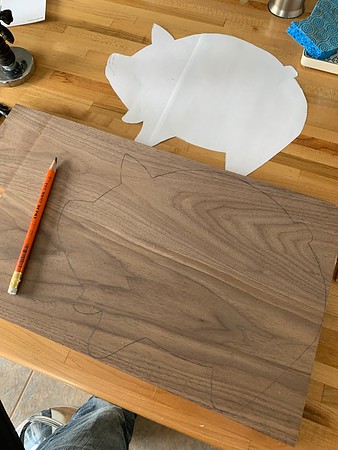 Lately I’ve been trying to improve something in my shop every time I work on a project. Having recently installed a dust collection system, I decided it was high time I added a port to my older Enco 18″ band saw (pic to come). What a difference it made! No more fine dust in the air. I’m becoming a dust snob now that I know how well a proper dust collector can work ;).

The finished product came out exactly how I had hoped! I put a couple coats of Howard’s Butcher Block Conditioner on it, wrapped it up, and headed to the party.

Today I spent some time playing around with my new mini 9-section shockcord whip.  I started out on 10m and used the standard mini-buddipole parts.  Versatee –> 2×11″ arms each side –> coil –> standard whip.  I set this up as a horizontal dipole, with the coils tapped in 1.5 turns on each side.  Whips fully extended.  I fed the Versatee with the TRSB at 1:1, with 25′ of RG-8X coax.  The antenna performed really well with low SWR, and I was easily able to work a Brazil station.

Next up was 12 meters with the shockcord as a vertical.  I put the 9-section whip on the versatee, with the stinger retracted and no accessory arms, no co

Yesterday I did some craigslist shopping to get the pieces and parts needed to add racks to my truck topper. I was going to weld up custom racks but liked the flexibilty of these commercial track systems. The towers and crossbars I found are Thule, but the tracks I found are Yakima. Everything I found online suggested the tracks are identical, but that is not true!  The plates used in the Thule system are too thick to nest correctly in the Yakima tracks. Using them like that could lead to serious failure. So, I machined the plates down a little to fit correctly.

This was my first year as a vendor at the Northern Colorado Amateur Radio Hamfest.  I did pretty well with 1 table and a bunch of junk!  I managed to sell almost everything I brought, and made enough money to fund a kegging system for my homebrew beer endeavors.

So far behind on this blog, but it is still active and I hope to update it more in the near future.  I have many projects that I would like to document here.

I’ve been playing around with old Motorola commercial gear on the amateur bands, and decided to try a cross band repeater. This setup is using 1/each of the VHF and UHF versions. For ID and repeater control, I built an ID-O-Matic IV by hamgadgets.com. The duplexer is a MFJ916B. Antenna is a TRAM-1480 @ 35′ AGL.

Other images of this repeater setup can be found at: mainelife images

First time out with the Alaskan Sawmill

My friend Paul let me borrow his 36″ Alaskan sawmill.  I purchased a Stihl MS 391 and a 32″ bar to go along with the mill.  Yesterday I took this rig up to the Forest to test things out. With a Stihl ripping chain, I thought the results were OK.  Definitely not awesome.  I think playing around with the grind angle on the chain will help some.  For the most part, I plan to cut beams and build a pergola in my yard.  It should work fantastic for that.  I was playing around cutting boards just to test the thing out.

Due to recent vandalism at my cabin in Maine, I decided to add a video camera to watch the entrance area.  A friend gave me this Foscam FI8904W IP camera and an older Verizon Mifi 2200 hotspot.  I activated the hotspot for an additional $20 on my current account, sharing our 8gb data plan.  In order to route outside traffic to the camera, I am using a Cradlepoint CTR35.  The CTR35 connects via USB to the Mifi, powering the Mifi at the same time.

The system is going to run from my solar power system.  I already have a 150 A/h bank, but need to add additional solar panels.  My calculations show 105W of solar is needed for my location; I’ll add 200W to cover other use.  The total load for this entire system varies from 9.5W to 11.5W depending on whether the IR lights are on or off.  It should also go higher than this when sending an image.  The amplifier itself draws ~5W so if I can get by without it, I’ll leave it turned off. 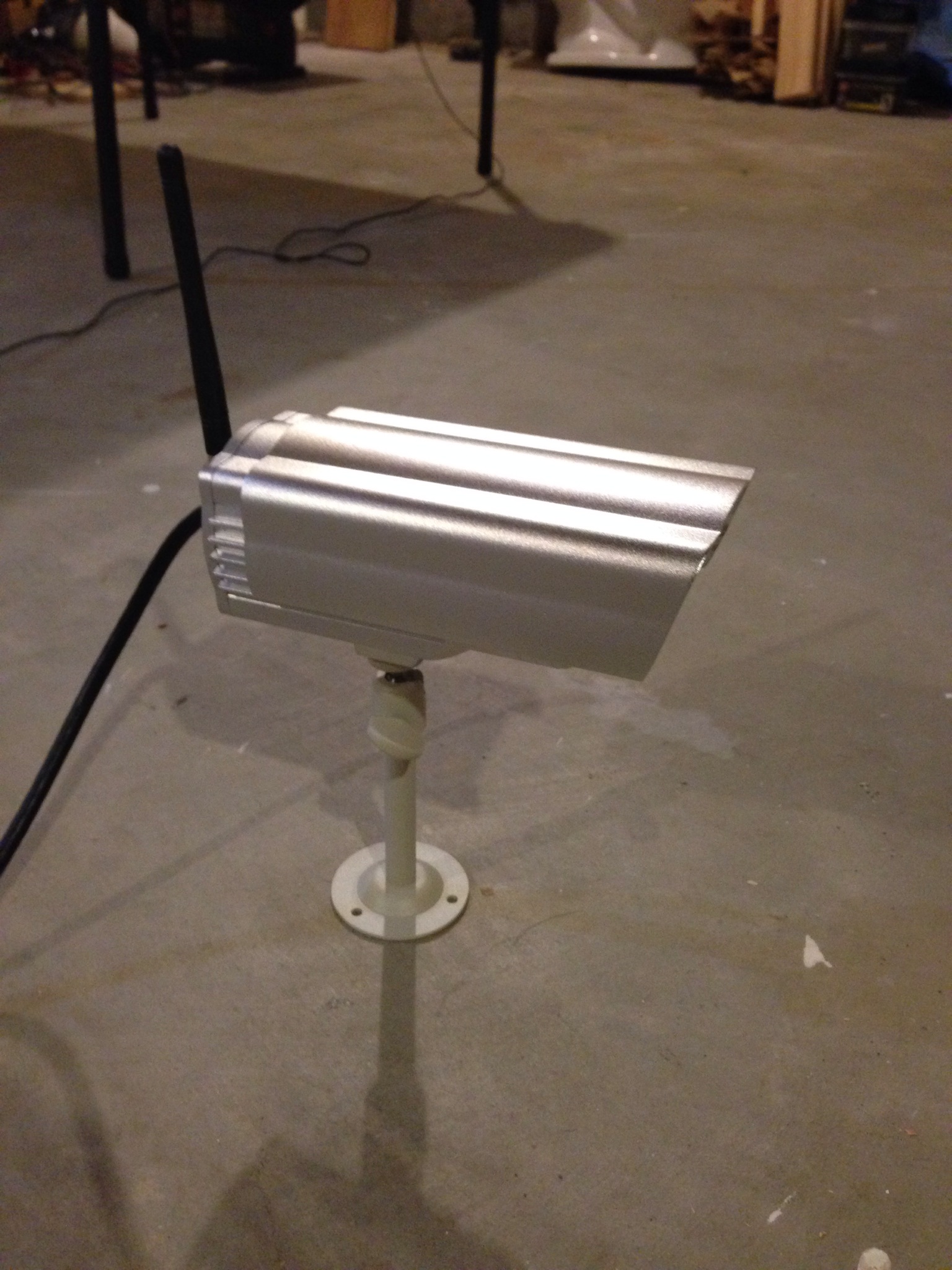 Image viewed through the free Foscam iOS app on my iPhone 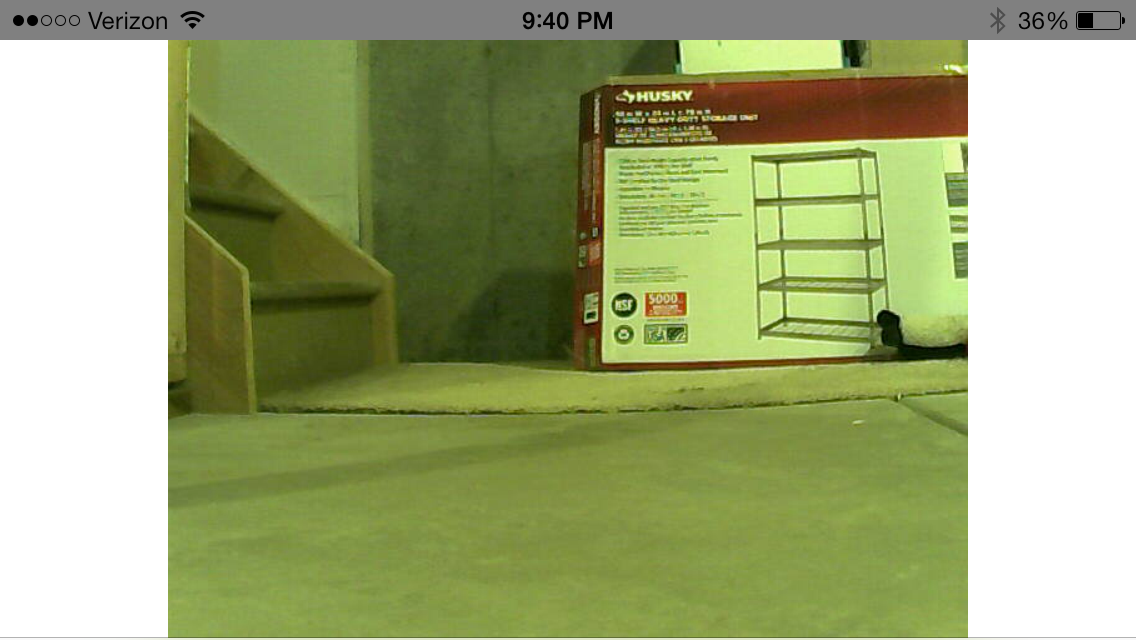 Cradlepoint CTR35.  I have the Ethernet port configured as a LAN port, which connects to the camera via a cable.  I didn’t care to use the Wifi function on the Foscam camera.  If I add additional cameras, I can put a switch here.  USB cable is going to the Mifi.  Power is to the 12V solar battery bank. 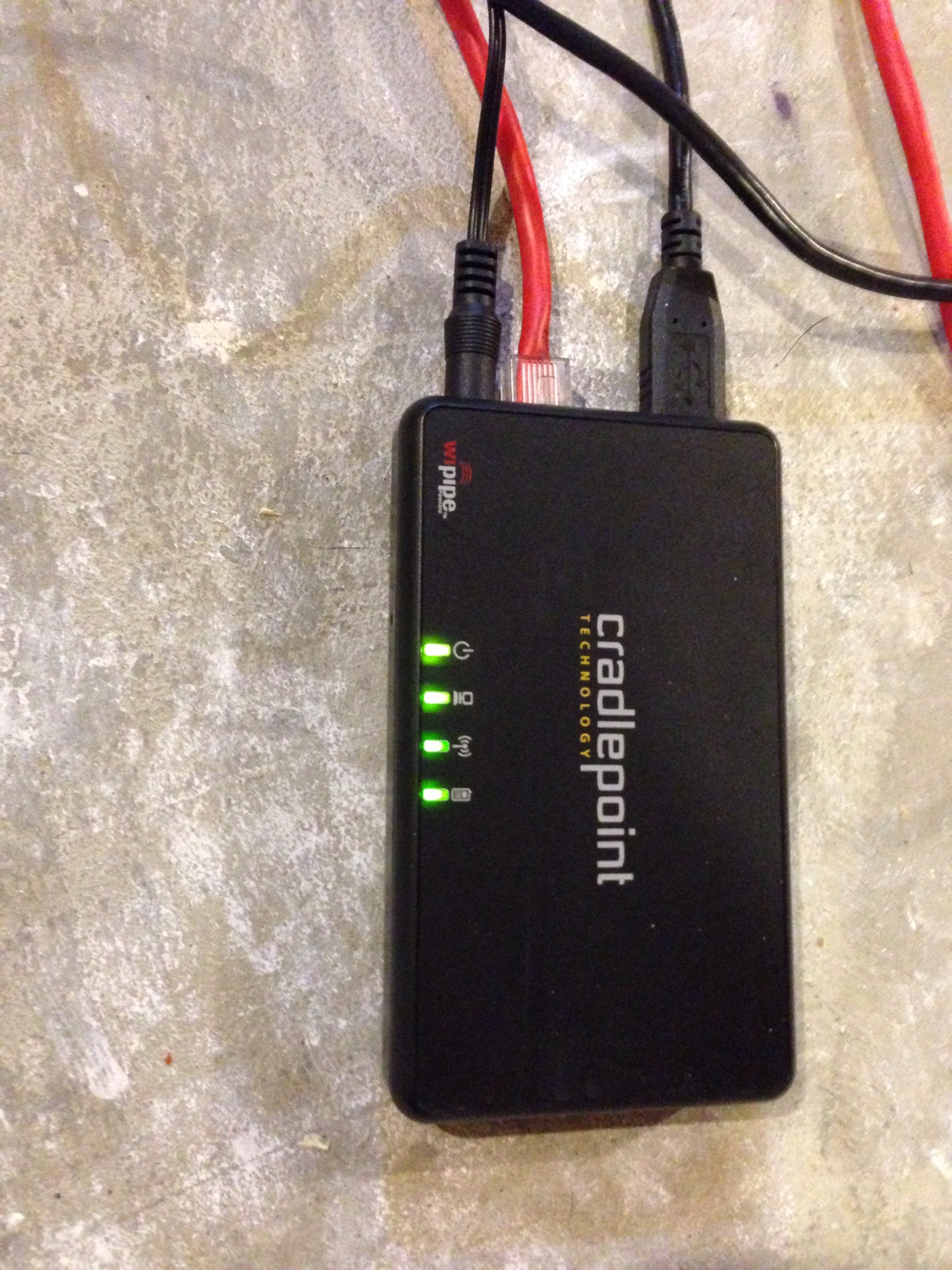 I have this Wilson cellular amplifier that came with my truck when I bought it.  It uses ~ 5W of power, but I think I’ll need the boost at the cabin.  Cell service is generally poor out there. 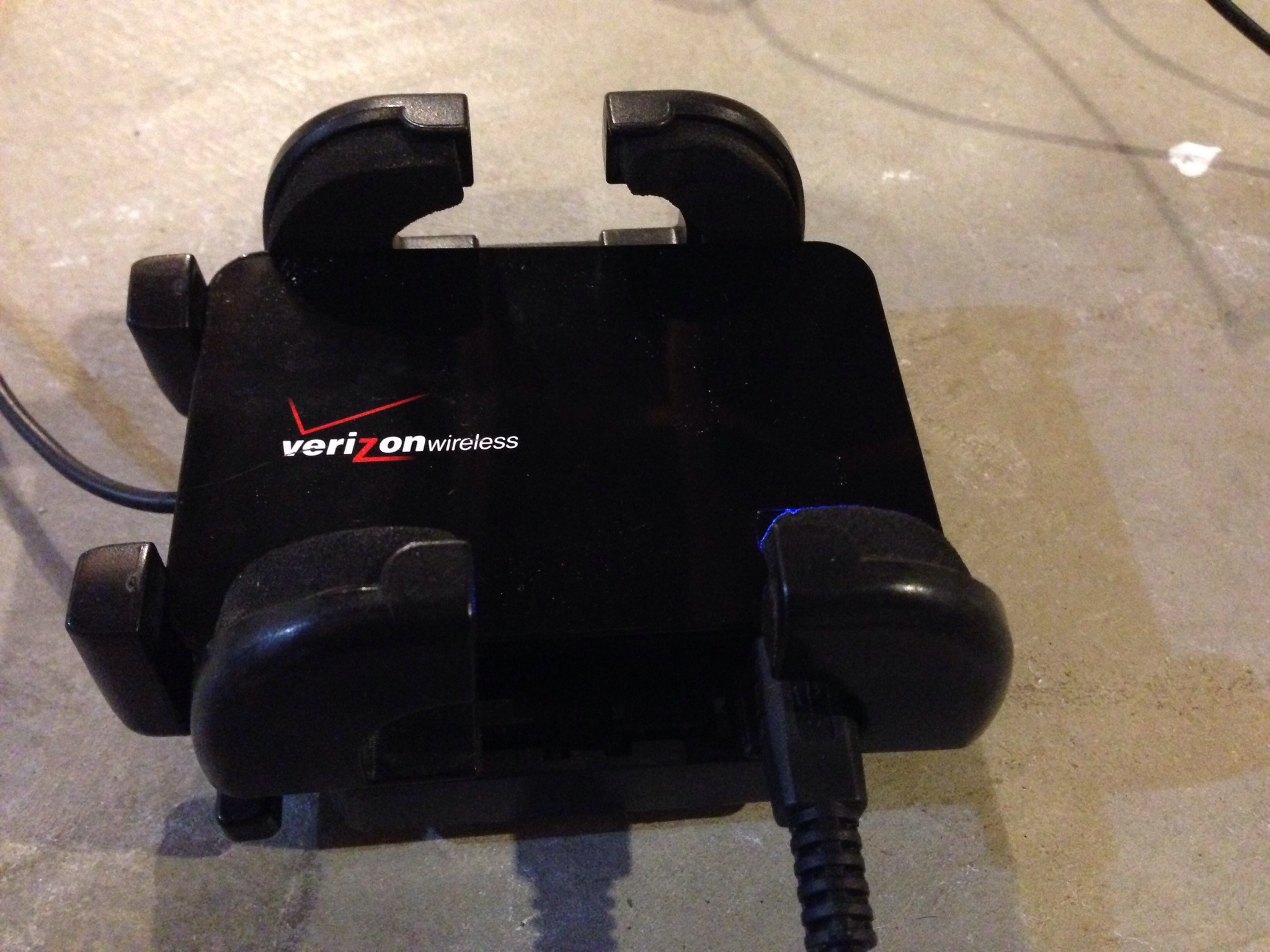 I have everything terminated in Anderson PowerPoles to make connection easy once I get to Maine and do the installation.  It also makes it easy to disconnect devices during troubleshooting. 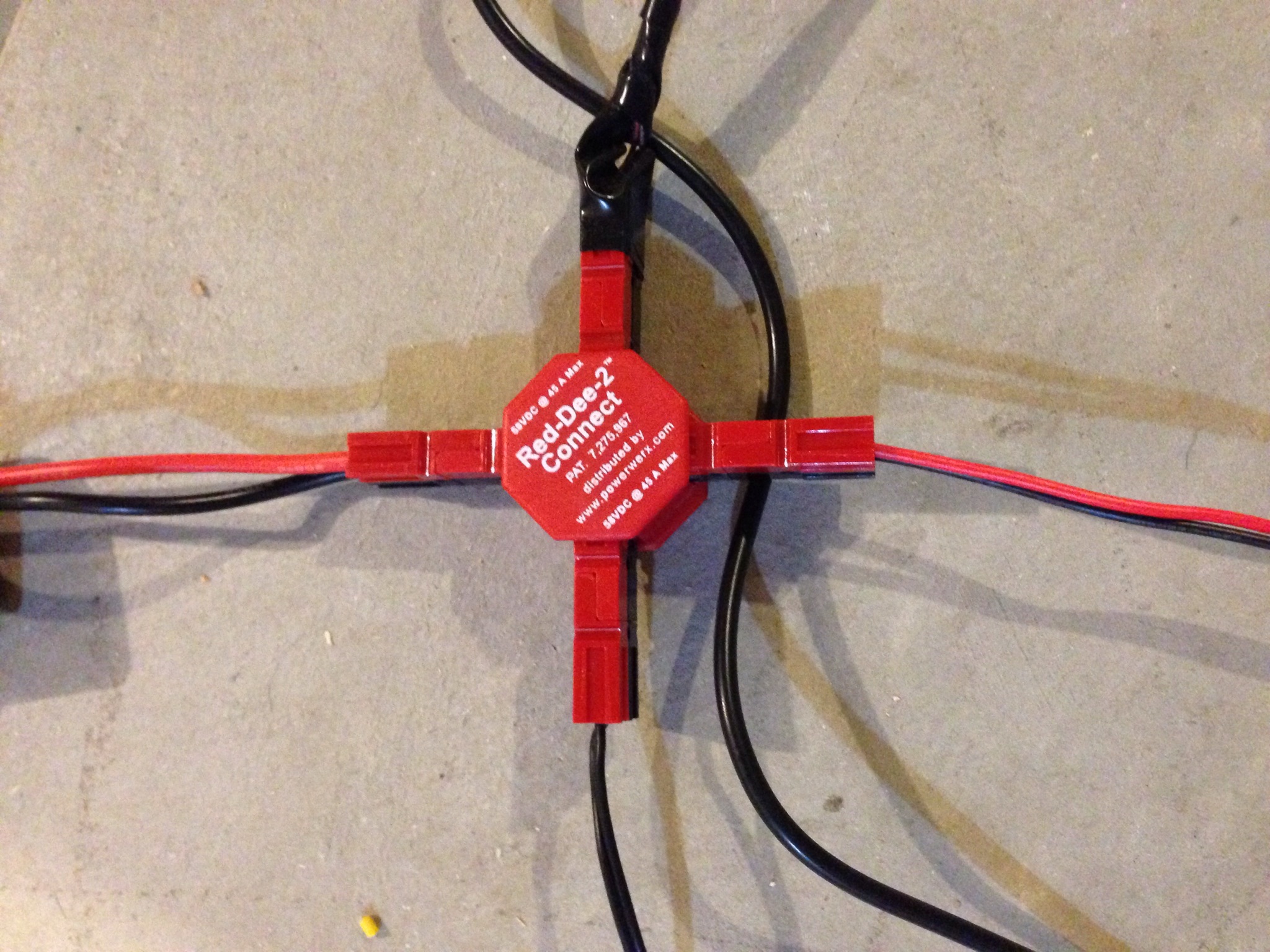 The Foscam camera requires 5VDC for power.  I picked this DC-DC converter up from Amazon.com for $8.  So far it does the trick; we’ll see how long it lasts! 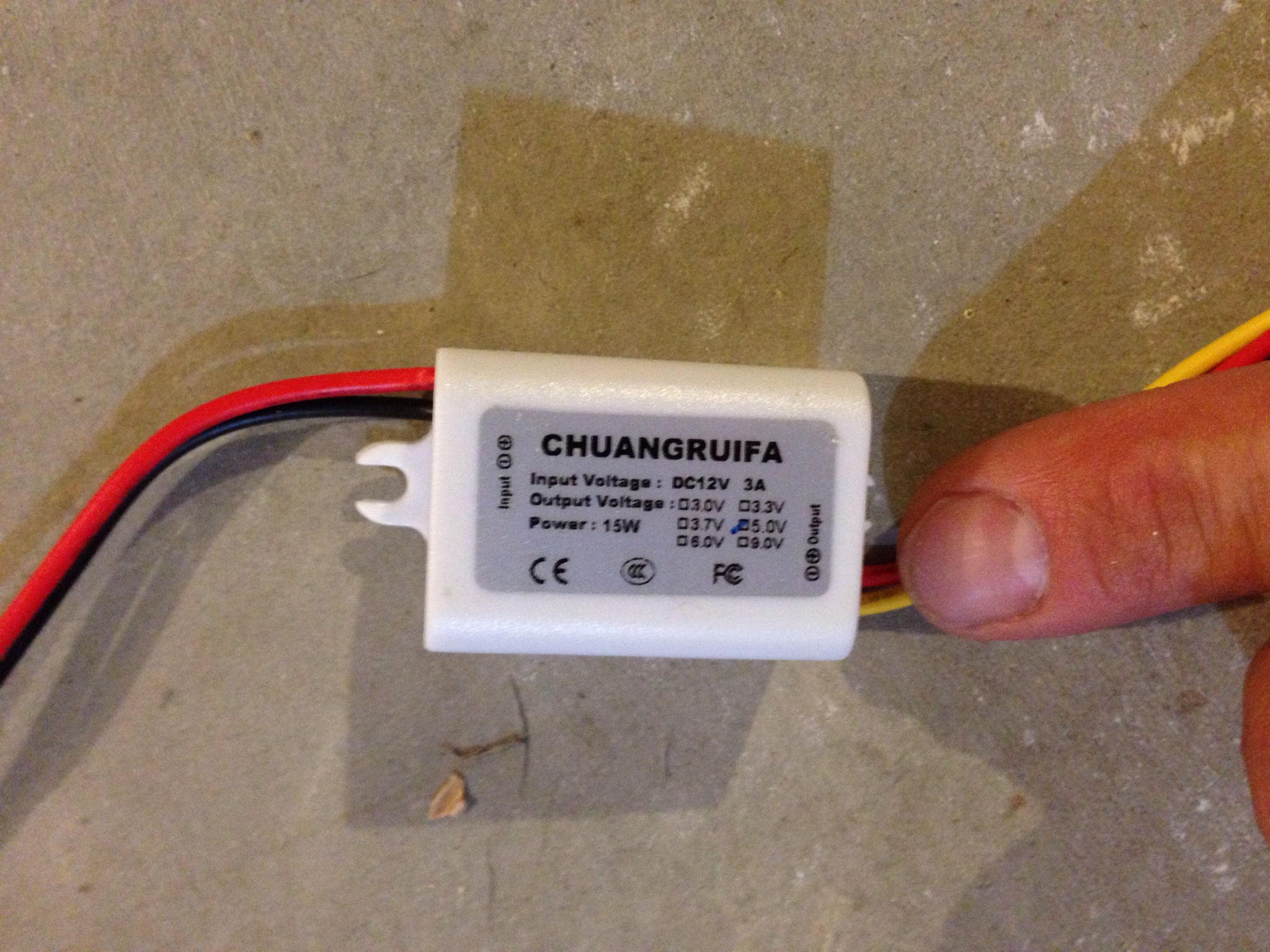 The Wilson cell booster.  This device uses an external antenna (I’m using a Yagi), and provides a local hotspot to the cell phone cradle. 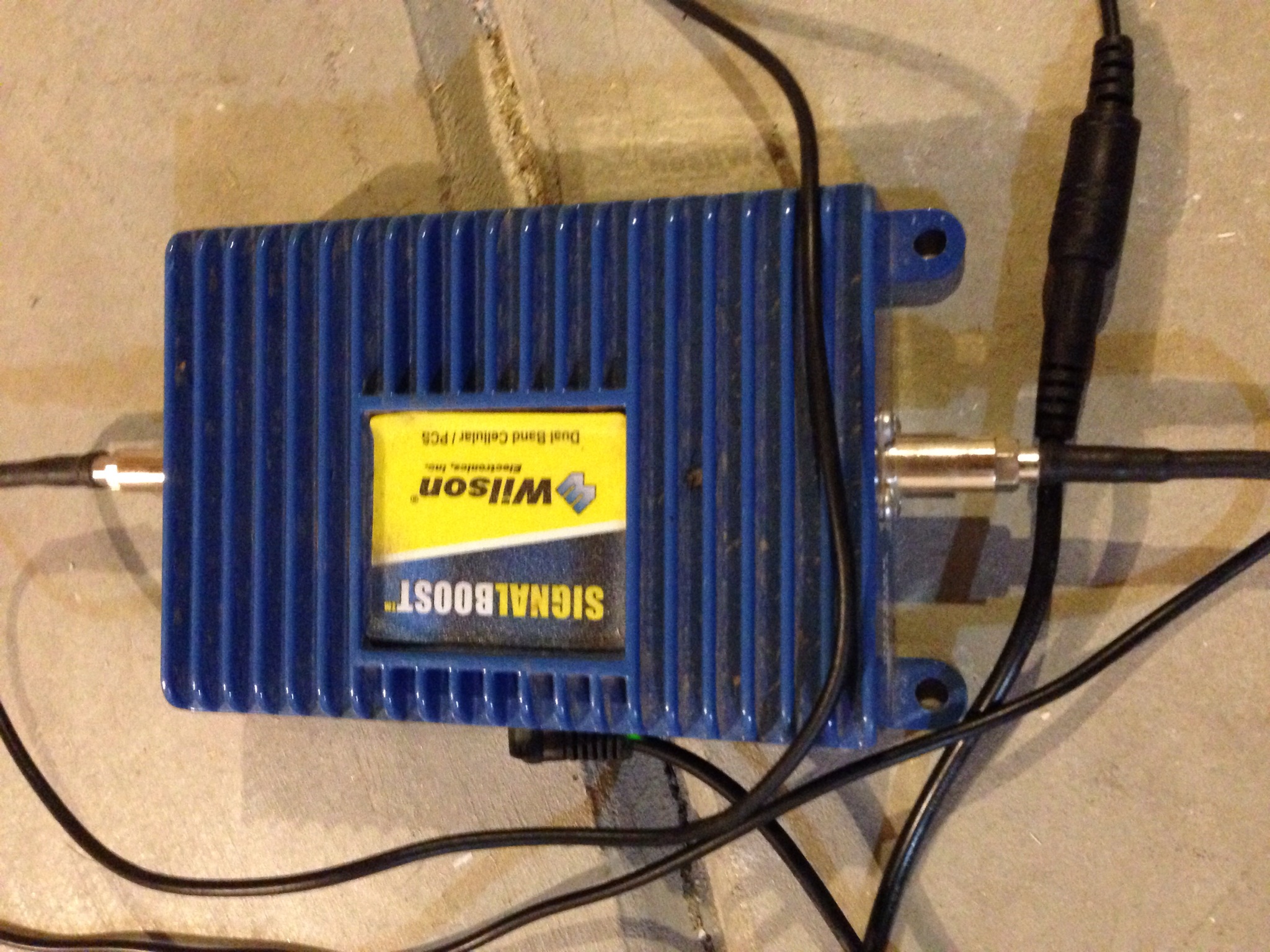