I had a great New Year’s Eve, celebrating with Paul, Cynthia and friends in East Livermore. There was plenty to eat, drink, and light on fire. Each new year’s with Paul is something new. This year, he had Josh bring over half a dozen dry cleaner bags (ultra-light plastic). He slid straws together end-to-end to increase the length, and then taped them into a cross. Along the cross he attached birthday cake candles. 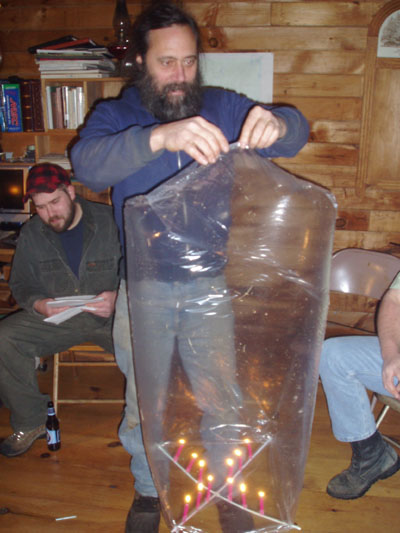 The tricky part was getting them outside. The house was around 70 degF, and it was only 20 outside. This caused a breeze to flow when the door was open. Once outside, the theory was that a hot, light balloon would fly in cold air. 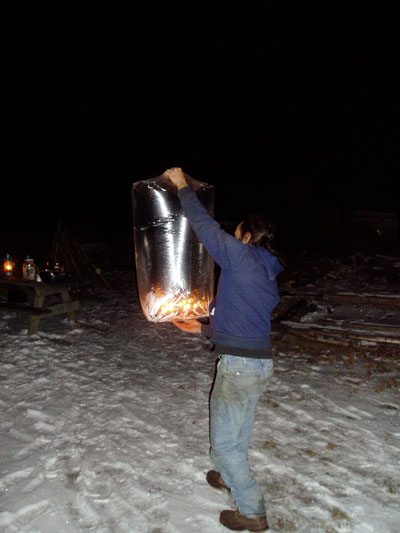 The first balloon, despite a lack of optimism by the house engineer (Eric), performed flawlessly, and travelled somewhere over N. Wayne we guessed. It was airborne for at least 15 minutes, and seemed to climb the whole time. The second balloon went up, and came right back down in a tree near the house. After a few minutes, it did rise again, but then consumed itself in flames, dripping hot plastic down on the woods. 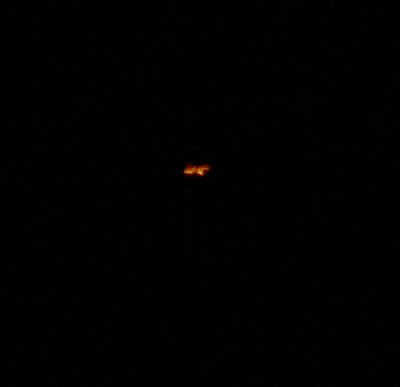 Please, do try this at home!