Friday, October 3rd Erin and I walked to Wal-mart (they have Home Depot too now) and picked up a disposable underwater camera and then took a taxi downtown, where we learned that we had missed the last water taxi to Yelapa. Erin was really excited about going out on the water that day, so we decided to spend the extra money and hire a private boat. 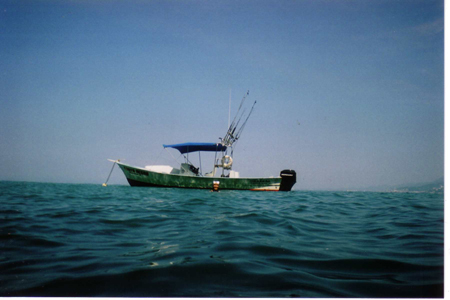 Here’s a short video of our adventure:

Normally, Los Arcos and Yelapa would be two independent destinations. Since we had our own boat, we were able to go both places on the same trip. At Los Arcos, which is a Mexican National Park, we were able to snorkel around the boat and through the caves. The water was a little too murky to see very far. 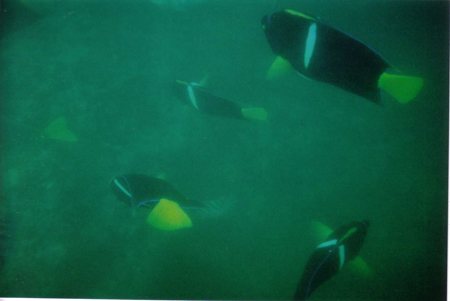 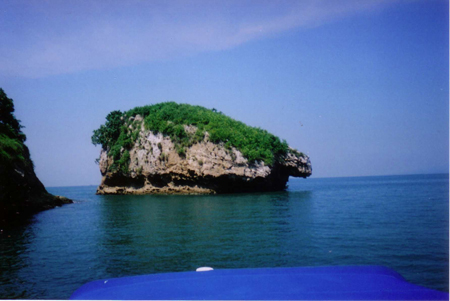 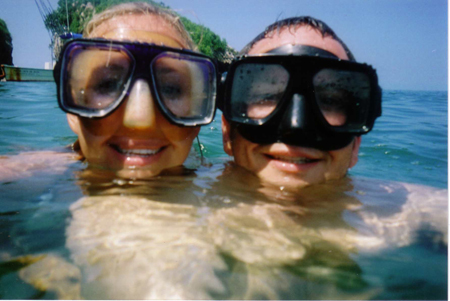 We arrived at Yelapa around 3pm where we layed on the beach for awhile to catch some rays and have a snack. 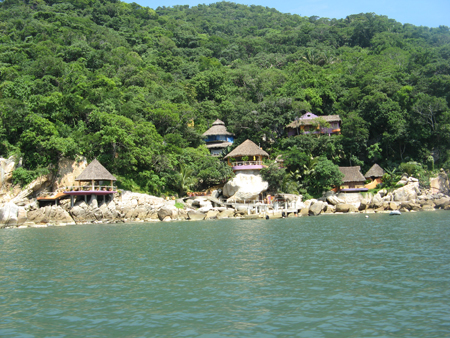 Yelapa is a small fishing village that is accessible only by boat. Everyone we talked to told us how there was no electricity and it was a very laid back place. It was nice, but we saw electricity everywhere. People were watching TV in most of the huts we walked by. We also were greeted immediately after stepping off the boat by the same pan-handlers we found in Puerto Vallarta. I bought Erin a shell necklace and earings, and also paid a guy $5US to get the picture with an Iguana. 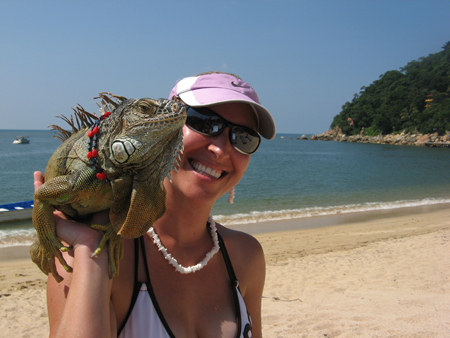 We tried hiking up to a waterfall we’d heard about, but we had to be back at the boat by 5:00 and we ran out of time. I’m sure we were very close when we turned around. 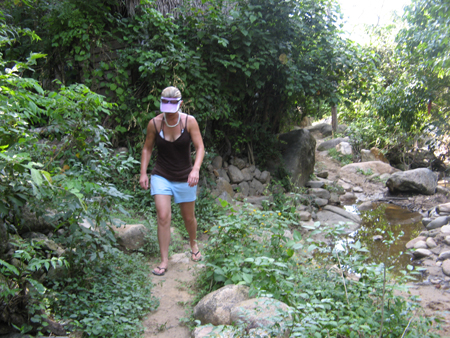 After a tiring day at sea, we spent the night in our room watching TV and eating room-service pizza. Yummy!